Near Lambton, Featherston, Lower Willis or the Railway Station? Queens Wharf is your go-to destination to pick up a Mevo.

Written by Tian
Updated over a week ago 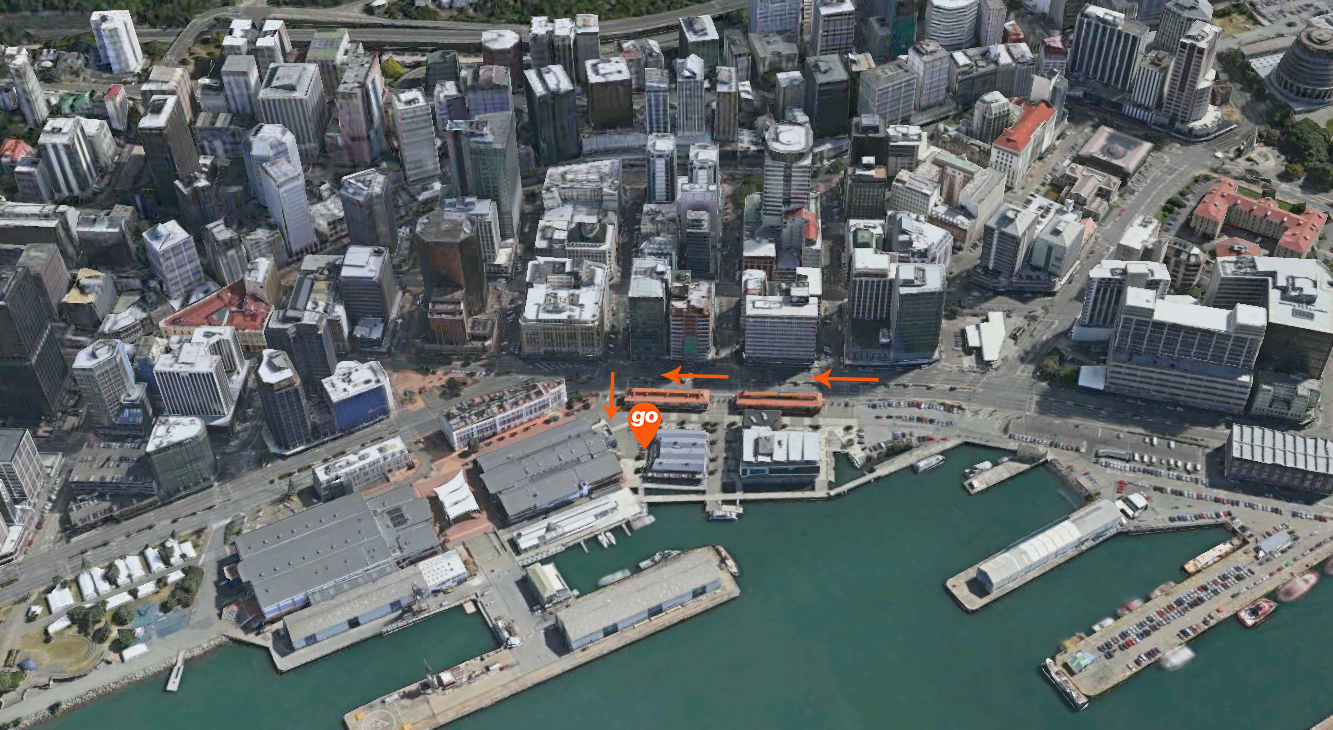 Getting to the Pod:

Driving out:
Exit onto Customhouse Quay either from the gates near the Pod.

From there, you can turn right at the lights onto the leftmost lane of Customhouse Quay heading south and enter via the gates.

Did this answer your question?